Marta is a filmmaker and journalist who covers radical groups, human rights issues, politics and the climate crisis in Europe and Southeast Asia. 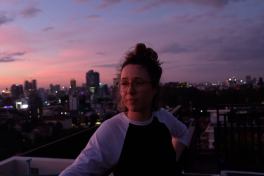 Her work has appeared in the Guardian, POLITICO, Al Jazeera, LA Times, Foreign Policy, Vice and others.

Marta’s investigations took her into the heart of Poland’s most notorious far right groups; saw her hang out with female members of a banned-sect-turned-company in Malaysia; and highlighted the plight of Nigerian football players trafficked to Cambodia.

She is a member of Ruom, a Cambodia-based collective of journalists passionate about social reportage and is the co-founder of Turren, a production house making pretty awesome films.

Marta is bilingual, fluent in English and Polish, with very strong French and German. She is available for freelance assignments worldwide.