The woman was 21 weeks pregnant when she contacted Abortion Without Borders (AWB), a network of activist groups that advises Polish women on how to access safe terminations. Normally, it would have been relatively simple to book a flight to the United Kingdom, where she could legally access a second-trimester abortion. But the coronavirus outbreak changed everything.

“We got her an appointment, but travel was a different matter,” said Mara Clarke, the founder of Abortion Support Network (ASN), which is part of AWB and helps women obtain abortions overseas. Poland closed its borders and grounded all flights and cross-border public transportation on March 15, meaning the woman would have had to travel to the German border, cross it, and take a train to one of Berlin’s airports. While flights still run from Germany, they are regularly canceled with little notice, making it a gamble as to how long she would be waiting. All in all, a journey that would usually take a few days would take at least a week, followed by 14 days of quarantine on her return to Poland.

“She had no one to watch her young child, and she was scared of getting trapped in another country if more borders closed,” Clarke said. “Eventually she decided it was just impossible.”

Poland has one of the harshest abortion laws in Europe, a relic of its Catholic revival after the fall of communism.

Referred to as the “abortion compromise,” the law is a result of pressure from the Roman Catholic Church, which played a seminal role in the fight against communism and has since held sway over those in power. Termination is only allowed when the fetus is malformed, the health or life of the mother is endangered, or in the event of rape or incest. Even in these cases, however, abortions can be difficult to obtain as medical professionals often invoke a controversial clause that allows for conscientious objection. These natalist policies extend to a strong anti-abortion and anti-sex education movement. Since 2017, the law has required a prescription for emergency contraception.

Officially, just over 1,000 terminations were carried out in Poland in 2018. But as many as 150,000 women find other ways to access abortion each year, according to Krystyna Kacpura, the executive director of the Federation for Women and Family Planning, known as Federa.

The majority either order medical abortion pills online early in their pregnancy or travel abroad for termination, which is legal in Poland. Popular destination countries include Germany, which allows abortion up to 12 weeks, and the Netherlands and the U.K., which permit abortion up to 24 weeks. As activist networks have strengthened and expanded, illegal surgical abortions have become rarities in Poland. But as the coronavirus closes borders and weakens supply chains, safe abortions are becoming harder to access.

The AWB helpline, which was launched in December 2019, usually receives an average of 300 calls a month. When Poland announced its border closures, it received 114 calls in the following two days. “People are usually worried when they contact us, but now the level of panic is so high, you can literally feel it coming off an email,” Clarke said.

Even if a woman can cross the border, hotel and Airbnb closures mean women often need to be hosted by volunteers. That’s logistically complicated in the best of times but far more difficult at a moment when homes are meant to be off-limits to outsiders. And as Germany has now introduced a 14-day quarantine on arrival that can be circumvented only for approved reasons, women must bring a doctor’s letter confirming they have a procedure, which needs to be translated into Polish so border guards can read it. “We guide everyone through these steps, but we can’t assume everyone who crosses the border for an abortion is in contact with activists,” Clarke said. “It’s the women we don’t hear from that keep us up at night.”

Medical abortions, which can generally be done from home to terminate pregnancies up to 10 weeks, carry their own complications. The pills aren’t sold in Poland, as helping someone obtain an abortion can result in a three-year jail term, so women need to order them independently from vetted Western organizations. Typically, women would carry out the procedure at home in privacy. For women who need to hide their abortions from family members for reasons of safety or mental well-being, having to carry them out in homes in which all are quarantined together comes with its own risk.

A Polish Health Ministry spokesperson told Foreign Policy in an email that the national health service regional units are monitoring the situation and taking action whenever patients face difficulties accessing medical services and that the ministry “hasn’t received any information about possible shortages of contraception.”

The many hurdles caused by the pandemic may lead to a surge in pregnancies, Kacpura warned, hitting the most vulnerable women hardest—those in smaller cities, without access to the internet, and without the means to travel overseas. With recession just around the corner, “families won’t be able to afford to bring another child into this world,” Kacpura said. She is concerned that some women will attempt to terminate unwanted pregnancies “without any supervision, support, or help.”

Poland’s conservative government is not easing pressure on reproductive rights even during the pandemic. This month, President Andrzej Duda, an ally of the ruling Law and Justice (PiS) party, expressed his support for a 3-year-old citizen’s bill that would ban abortion when the fetus is malformed—which accounts for most in-country terminations.The bill was written by the anti-abortion activist Kaja Godek, who called abortion a “pandemic much worse than the coronavirus.” Under the Polish Constitution, citizens can introduce new legislation if they gather at least 100,000 signatures. Godek’s “Stop Abortion” project, which secured 830,000 signatures, first arrived in the lower house in 2017. It lay dormant in a parliamentary commission until the government brought it up for vote on April 16. Under Polish law, it would have needed to be voted on by May. It was debated alongside a handful of other controversial citizen’s bills, including one criminalizing sex education.

To the anger of many Poles, the vote came at a time when mass protests were impossible. Activists made history in 2016 when thousands filled the streets, wielding black umbrellas, to protest another citizen’s bill seeking a complete abortion ban. Back then, the PiS-led government gave into the pressure and stated the protests had given deputies “food for thought.” Amid the current restrictions, some activists still managed to make their voices heard. Thousands protested online and by hanging up posters in the windows of their homes and cars. Others circumvented the ban by cycling around or standing in lines outside grocery stores, maintaining 6 feet between one another, holding posters and carrying the now symbolic umbrellas. But their ability to get their message across had been greatly diluted.

“This is not the moment to discuss this topic,” said Urszula, a protester who works for a state institution and requested her surname be withheld for fear of reprisal. “When thousands of women are losing their jobs … and on top of that will be told to give birth to children that might not survive. And if they do survive, their upbringing will cost much more than a healthy child.”Although she sported a face mask and left home for what she deemed an everyday necessity, Urszula and other protesters are now facing fines of up to $7,000 for alleged breaches of social distancing rules or laws pertaining to behavior in public places.The bill wasn’t passed, but neither was it rejected outright. Instead, the lower house, where PiS still has a narrow majority, sent it to a parliamentary commission for more work, where observers say it is likely to remain indefinitely. A PiS spokesperson declined to comment for this article. 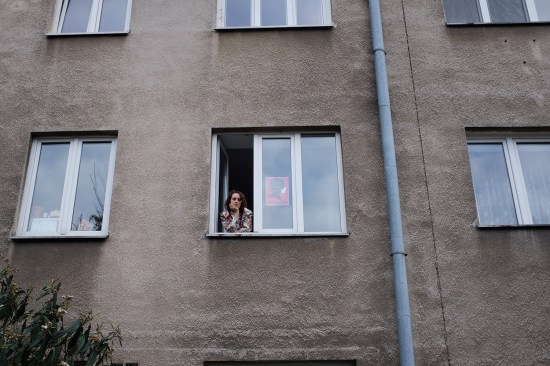 While Polish women are facing particularly tough obstacles while seeking abortions, they are not the only Europeans struggling with this at the moment. This month, a coalition of 100 nongovernmental organizations signed a letter calling on governments across Europe to do more to ensure safe abortion access, warning that many women and nonbinary people across Europe are struggling to access reproductive services. Clarke said ASN is receiving higher numbers of calls from all over Europe, including countries it doesn’t usually deal with such as Italy, where medical abortions are not allowed and hospitals are overwhelmed with coronavirus cases. However, she also hopes the situation will lead politicians to liberalize abortion laws. Already, Germany has allowed its mandatory pre-abortion counseling to be carried out remotely, and the U.K. has allowed abortion pills to be taken at home.

“These things that people said were not possible, well the crisis has shown that they are,” she said. Remote counseling, for instance, will make things easier for Polish women traveling for terminations in Germany once the lockdown lifts, as they will now need to travel only for the procedure and not the counseling. “The world is about to be plunged into a huge recession, so it’s going to be even more critical for people to decide when they have children and how many they have. And we also have to really think about what it means for some people to be in lockdown with their partners. Not everybody gets to choose when they have sex or how they have sex or whether birth control is used.”