Instead of following EU-wide efforts to phase out coal, Poland wants to extend the life of Europe’s largest coal plant.

He never thought he would become a green energy activist.

Today, solar panels flank the roof of his barn, generating half of the electricity that powers his family farm sitting among swathes of verdant fields; home to 130 cows.

In this pocket of Poland, 60 kilometres (37 miles) from Belchatow power station – which produces 20 percent of the entire country’s electricity and which is also the largest single CO2 emitter in the European Union – nearly all homes sport such panels.

This solar rooftop landscape, however, remains an exception in a country that generates 80 percent of its electricity from burning fossil fuels at ageing power plants. In 2018, renewable energy sources accounted for just 11.6 percent of electricity produced in the country, according to government data.

The EU’s target for this year is that 20 percent of all energy used is generated from
renewables; Slovenia and Bulgaria, for instance, surpassed this benchmark in 2018.

Skibinski, now 65, believes coal has outlived its place in Poland’s energy mix – as has the Belchatow power plant.

“Photovoltaic and wind farms,” he says. “This is how I see the future.”

To edge closer to that future, he has been at loggerheads with the owner of the power station, PGE GiEK – a subsidiary of state-run energy giant Polska Grupa Energetyczna – ever since he learned it wanted to dig for lignite, known as “brown coal”, in his back yard.

PGE revealed its plans for a new open-pit mine in Zloczew and Osreowek communes – or as Skibinski calls it, “the cancer of Polish soil” – in 2015. The project, expected to cost up to 3.5 billion euros ($3.8bn) would extend the life of the Belchatow power station past 2030, when the coal deposits that feed it from the current mine are predicted to dry up.

The mine will swallow up 30 villages, erasing state-of-the-art farms like that run by Skibinski, who is among the 3,000 villagers who face both the destruction of their livelihoods and displacement from their lands.

“People live from farming here,” he tells Al Jazeera, adding, “we have no ‘Plan B’.”

‘There will be nothing’

In an effort to block PGE’s plans, Skibinski and other farmers opposing the project set up the “No to Zloczew open-pit mine” association. Aside from protesting the destruction of their livelihoods, the farmers have been raising concerns over groundwater depletion – an issue with which the region has already grappled due to the water-intensive nature of coal exploration.

According to Skibinski, the mine will create a “cone of depression”, drying up arable land.

The group has been fighting plans for the mine in court, successfully challenging city planning decisions in two communes and slowing down PGE in its efforts to secure its mining concession.

Another blow to PGE came from Greenpeace, which appealed against the environmental approval for the project given by the Regional Directorate of Environment in 2018, with the activists alleging the investor’s assessment of future air pollution was inadequate.

According to Leszek Pazderski, an environmental policy expert at Greenpeace, the open-pit mine will emit hundreds of tonnes of suspended dust particles, significantly affecting air quality. “This was omitted in the environmental report,” he said.

The appeals body is yet to issue the decision that will either block or pave the way for PGE’s mining concession.

Most recently, in September 2019, the project encountered a third hurdle. In an unprecedented filing, Client Earth, an environmental law firm, sued PGE, demanding that Belchatow stop burning coal or take steps to eliminate CO2 emissions by 2035.

Two visions of the future

Plans for the new mine have created a rift in the community, where opponents and supporters of the project live side by side and many villagers are counting on receiving lucrative compensation for their land.

“I would like that [the mine] very much and my children would like it, too,” a woman from Zloczew told Al Jazeera, requesting that her name be withheld. “My neighbour doesn’t want the open-pit mine, and I do.”

Local authorities have been backing the project from its inception, hoping to attract investors and repeat the success story of the Kleszczow district – home to the Belchatow power complex and today the wealthiest commune in Poland.

“This would definitely be linked to economic development,” said Beata Swidnicka, a councilwoman from Zloczew. “On top of the open-pit mine, other companies would also come to our region, like, for example, transport companies. The industry would develop.” 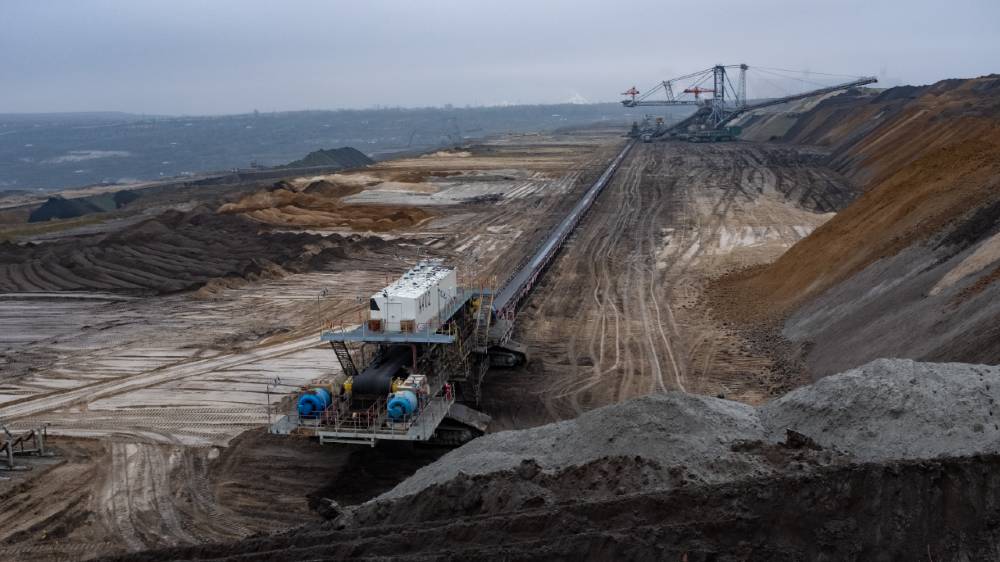 But Greenpeace’s Leszek Pazderski asserts that this time, history will not repeat itself – because the EU’s climate change policies will render the burning of fossil fuels commercially inviable.

“The problem is that this investment is structurally unprofitable because the profitability of coal has been decreasing due to rising costs for CO2 emissions. Ten years from now, electricity generated from this coal will be significantly more expensive than that generated by renewable energy sources,” Pazderski told Al Jazeera.

In December, citing anonymous sources, Reuters reported Poland was close to abandoning its plans for the lignite mine in Zloczew for those very reasons.

But PGE denied the reports and said it “continues to work to secure a mining concession for coal deposits near Zloczew”.

“The execution of the project, however, is largely dependent on [the] domestic and foreign regulatory environment,” a spokesperson for PGE told Al Jazeera by email.

“The final shape of Poland’s energy policy, the EU climate and energy policy, the needs of the power system or market models and the cost of financing specific projects – all of these will affect the final investment decision,” they added.

Asked about the future of the project, a Ministry of Assets representative directed Al Jazeera to Poland’s energy policy for 2040, which stipulates that Zloczew remains a “prospective” and “strategic” coal deposit.

Weaning Poland off coal remains a thorny political issue. For years, successive governments have been pledging support for the mining sector.

The development of the Zloczew mine, in particular, was one of the 2019 pre-election promises made by the ruling Law and Justice Party (PiS).

Poland is the slowest EU member to adopt environmental protections, say campaigners, and it is the only country to be left out of the EU’s climate neutrality agreement – which in December saw 27 member states commit to net-zero greenhouse gas emissions by 2050. The agreement is expected to come back to the negotiating table in June for a final decision.

“Achieving the goal of climate neutrality is a big challenge for our economy and we need to know precisely what we can count on from the EU side,” said Leszek Juchniewicz, chief economist at Poland’s largest employers’ organisation, Pracodawcy RP.

Official government documents put the necessary cost of Poland’s energy sector overhaul at 140 billion euros ($155bn) just to lower the country’s coal dependency to between 56 and 60 percent – with another substantial financial injection needed to reach any zero-carbon emissions target.

Although the Polish authorities have recently stepped up efforts to promote green energy, including the use of solar panels, Juchniewicz says “there is no sensible plan for transforming these mining regions”.

“This is why we are facing such a dramatic challenge.”